When it comes to crafting the perfect advertising campaign, it can be easy to get swept away by a seemingly brilliant idea. Maybe it’s never been done before, maybe it’s set to take your business in a new direction, maybe it’s going to get the world talking.

It’s all well and good, but can it really be brilliant if that is all it is – an idea? Abi Pearl, Head of Advertising at giffgaff, and Kenyatte Nelson, Chief Brand Officer at N Brown, champion the importance of ideas going beyond themselves. They explained that creativity – although essential, must also be backed up with data. Ultimately, magic must be joined by intelligence. 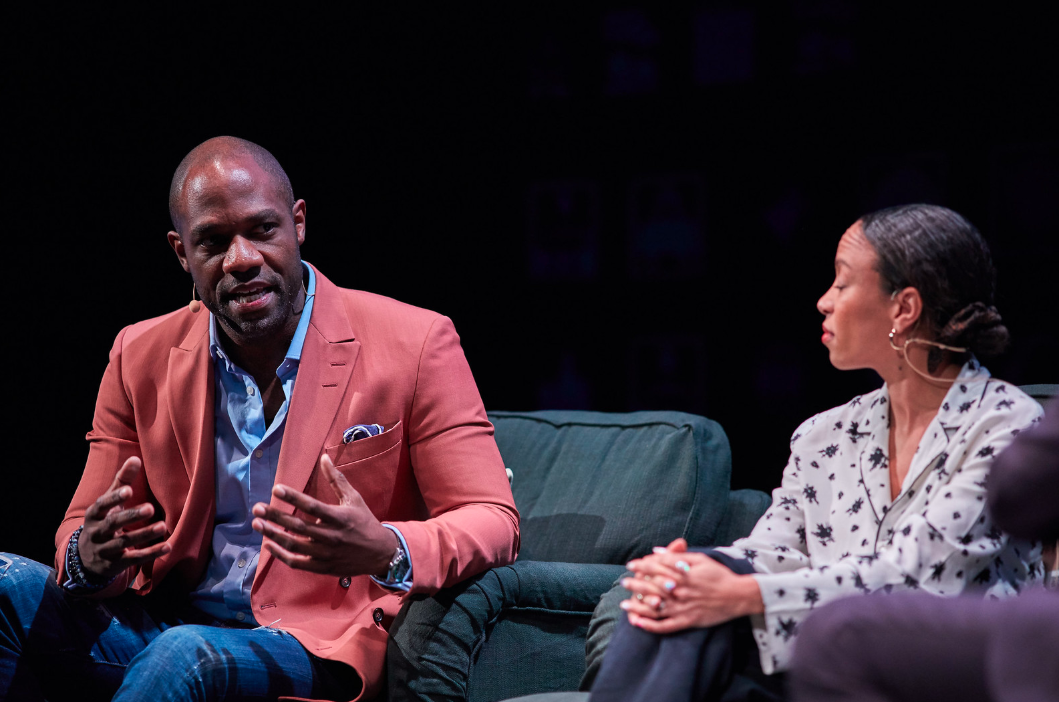 “To try to think that you could take a beautiful creative idea and then distil it to a PPC ad word is crushing for a creative,”

Coming from an agency background, Abi admits it can be easy to get carried away by an idea. But, she believes the best way to truly succeed is to work on an insights-led campaign. Data gathered from search demand, social, or other sources, can then be used to create a truly intelligent above the line campaign. “It’s always trying to get in this circular process,” she says. “That’s the magic and the maths of it all.”

For example, before giffgaff decided to sponsor ITV’s The Voice, they went straight to their community to gather opinions on the potential campaign. Rather than being blinded by the idea, it was only after giffgaff users reacted positively to the concept that they decided to go ahead and make it a reality.

Kenyatte, former Chief Customer Officer at Missguided, explained that listening to the customer equally guided the brand’s sponsorship of ITV2’s Love Island. “This comes back to really understanding your customer,” he says. Not just knowing, but really understanding, which media properties fans are consuming and when and where they’re receptive to advertising should be used as “a litmus test and a guide” as you create and innovate. Whether the campaign works well, says Kenyatte, is dependent on teams having done their “due diligence” and created and crafted the message so that shows appear not just in the right context, but also in the right way.

As marketers, both Abi and Kenyatte also emphasise the importance of breaking through silos and getting to know internal teams more deeply. “I would encourage all of us as marketeers to get really curious about other parts of the business,” says Kenyatte. “Start to speak the language of your tech partners, try to speak the language of your commercial finance teams.” Don’t be afraid, he says, to open up the idea to other teams and ask for their input.

Truly understanding your audience takes time, but it unlocks the doors to more effective campaigns. “I think we as marketers need to understand and appreciate the difference between planting and growing, and plucking the fruit,” says Kenyatte. “There’s a time and a place for both, and both are vitally and critically important.” We all know that TV builds brands in the long-term, however Missguided’s sponsorship of Love Island proves that TV pays off in the short term as well. Essentially, serving the right message to the right people at the right time really works!

The key to a successful ad campaign? Magic and maths

3rd The position of #TheVoiceUK linked to giffgaff Twitter mentions during the partnership. Analysis of giffgaff’s social channels found that the most mentioned topics were ‘giffgaff’, followed by ‘phones’, then ‘#TheVoiceUK’.