"It's all about..." Black History Month on ITV

Black culture is brought brightly into focus from today on ITV as viewers will see brand new on air trails along with channel idents marking and celebrating Black History Month.

The creative work will complement newly commissioned programmes and content showing across ITV channels and platforms throughout October.

The campaign by ITV Creative (ITVs in-house creative team), who conceived and produced the layered animation, draws on the rich contribution to British life of black figures and culture across a wide range of areas from literature, history and science to music, food and fashion to deliver a visually vibrant, upbeat and thought-provoking palette.

The concept “It’s all about” sees icons from Maggie Adern Pocock, Amma Asante, Floella Benjamin and Dame Linda Dobbi to Arthur Wharton, Alison Hammond, Craig Charles, Fuse ODG and David Olusoga appear in vision amid a kaleidoscope of cultural imagery and textures as narrators Ashley Banjo, Noel Clarke, Maya Jama and Angela Griffin tell us “It’s all about” everything from  “the music… the style...the literature... the arts... the discovery… people coming together” to “… It’s all about the past....the future...it’s all about the culture.”

Creatives Adie Headley and Anthony Dziworshie, who led the project for ITV Creative, said in a joint statement: “The inspiration behind our spot was to celebrate Black culture and all its many facets. We wanted to create a piece of work that showed the vast range of skills, talents and professions that Black people have thrived within across Britain, for many generations. Too often Black people are portrayed as being monolithic, so from shining a light on staple-holds such as Mary Seacole to modern day writers like David Olusoga, we wanted to show the breadth of how Black culture has influenced Britain.”

The core team at ITV that worked on the trails also includes producer Angela Lyttle and production assistant Ttwarna Cordwell. The team worked in tandem with freelance design director Ogo Okpue and collaborated with music producer Khwezi on the bespoke and distinctive soundtrack, with sound design by Alex Bingham at Machine Sound.

Throughout Black History Month, ITV’s on air branding will be designed by Black artists, who have created artwork for the channel idents as part of ITV Creates. This is a project that has seen artwork by individual and community group artists feature in channel idents since 2019.

Ade Rawcliffe, ITV Director of Diversity & Inclusion, said: “ITV has never marked Black History Month in quite this way before. In our Diversity Acceleration Plan, which we launched in July, we committed to ensuring that ITV commissioning better represents contemporary British life on screen within the next 12 months. As well as commissioning programmes showcasing Black British talent, both onscreen and behind the camera, we have also organised a range of talks from amongst others David Lammy, Munroe Bergdorf and David Olusoga and events for all ITV staff, led by our staff network ITV Embrace.

“Our ambition is that the legacy of Black History Month remains across our output, on screen and off and all year round.” 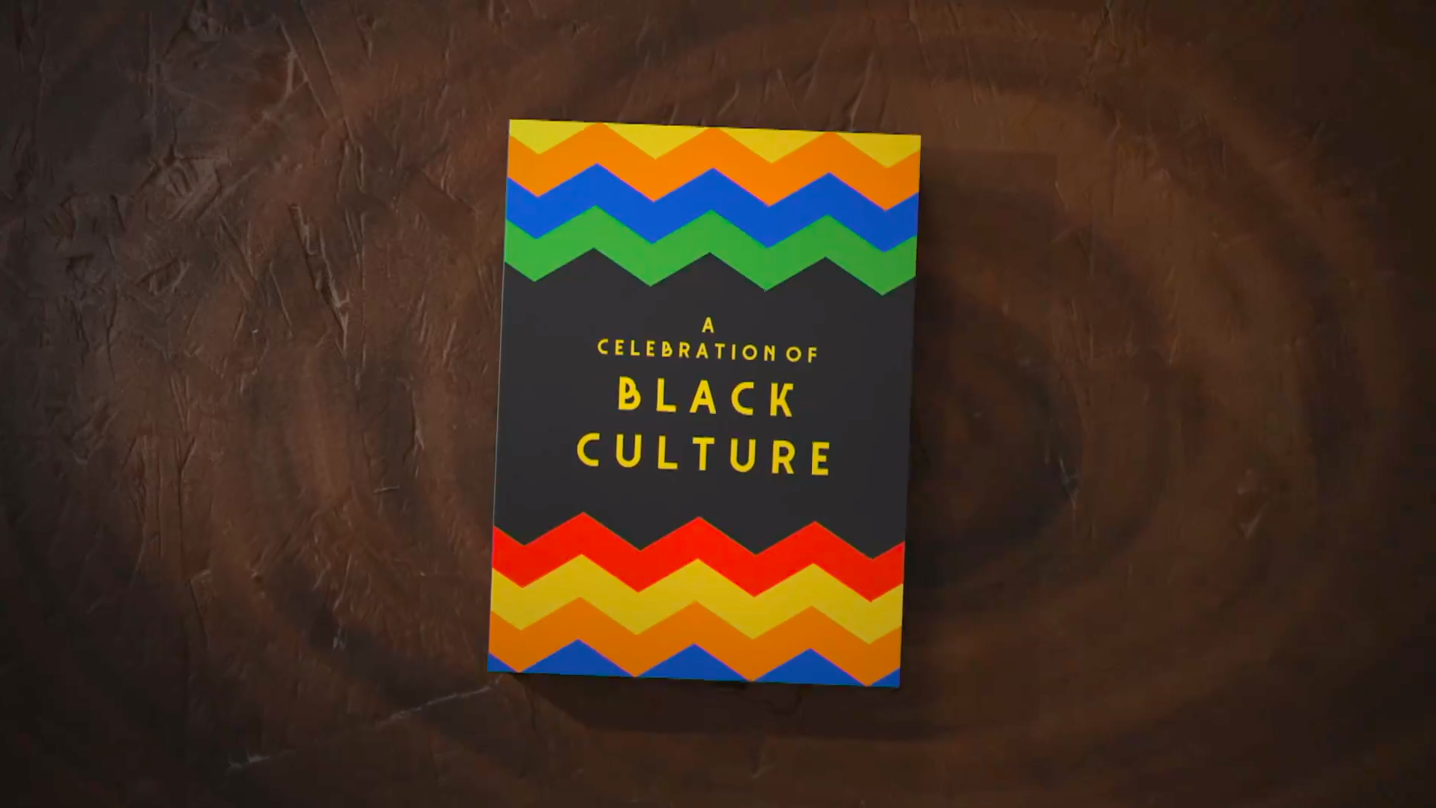 The new  ITV shows coming up in October are: IRL with Team Charlene; Alison Hammond: Back To School; Sorry I Didn’t Know Craig & Danny Funny, Black and on TV.  These will be shown along with updated programmes including David Harewood-presented film In the Shadow of Mary Seacole and Martin Luther King by Trevor McDonald, alongside acclaimed documentary First Among Equals: The Laurie Cunningham Story.  And ITV's flagship daytime shows will be supporting Black History Month with a range of on air activity throughout the month of October.

Today, (October 1st) Good Morning Britain launched its series of 'Black History Icons' short films to run throughout the month, which will recognise and celebrate the black figures and events that have changed history, all voiced by The Chase's Shaun Wallace.

Lorraine's award-winning ‘Change And Check’ campaign returns featuring the show’s Dr Amir and his mother, Mama Khan, who discuss the importance of routine breast screenings for BAME women following her breast cancer diagnosis during a mammogram. Plus Lorraine’s fashion expert Candice Brathwaite will look at what growing up as a British black woman means to her.

On This Morning Alison Hammond will take on the special role of Guest Editor, plus there will be a month-long black health feature - Black Health Matters - which will focus on the health issues affecting the BAME community, along with hair and beauty advice.

All Black History Month content will be available on ITV Hub, which will also feature an exclusive collection of drama, documentary and comedy content to mark Black History Month. Viewers will have a second chance to watch the pioneering true crime film The Murder of Stephen Lawrence, a well as Stephen Lawrence: Has Britain Changed?, a special programme examining how equal Britain really is. Comedy comes courtesy of Timewasters series one and two, Kate and Koji, Comedy Basement, panel show Don't Hate The Playaz series one and two and sketch shows The Ty and Ky Show, Pranksterz and All About the Bants. Unsaid Stories, a four part collection of short films inspired by the Black Lives Matter movement, is also available on the platform.

The new ITV programmes are:

IRL with Team Charlene - TX 3 October on ITV and CITV

IRL with Team Charlene is a new show that aims to break down and explain major issues for children. In this special, ITV News Presenter Charlene White is joined by her team of celebrity friends, experts and young people from across the UK. They'll talk about everything from what racism is and the Black Lives Matter movement to why we have different skin colours. Through a mix of animation, musical performances and personal stories the team takes an engaging and accessible approach to serious events.

The programme will transmit simultaneously on CITV and ITV.  Charlene White is the co-producer with Jessica Symons as Executive Producer for ITN Productions.

Alison Hammond goes on the ultimate school history trip with a twist. In her own unique and inimitable style, Alison will be travelling the length and breadth of Britain to key historical sites - from Hadrian’s Wall to Hampton Court looking at the history we’re all taught in schools, but from a different angle. Revelatory and personal, the journey will uncover black figures throughout the ages who have been overlooked from the pages of British history and school textbooks. Alison will be given an insight into the significance of black people in Britain’s history by experts who open her eyes to a new perspective on our country’s past and will explore our current teaching of history in schools. Directed by Ryan Samuda and Mariam Hussain and Series produced by Anna Manton. Sue Walton and Noleen Golding are executive producers for ITV Studios Daytime.

Alison Hammond: Back To School is commissioned for ITV by Satmohan Panesar, Factual Commissioning Editor.

Sorry, I Didn't Know is a brand new panel show with a twist that will start airing on ITV during week 41 (3-9 October). Airing during Black History Month and part of specially commissioned shows on the channel the show will be bold and tongue-in-cheek viewing. Sorry, I Didn’t Know will be hosted by Jimmy Akingbola (star of hit ITV sitcom, Kate & Koji) and he'll preside over two raucous teams headed up by Chizzy Akudolu and Judi Love.  Each episode will see the two teams (of three) battle it out over four rounds, unveiling interesting Black history facts along the way.

The show will be a riotous showcase of some of the hottest comedians from diverse backgrounds as they have their knowledge tested of untold stories and unsung heroes. Guests appearing throughout the four episode run include Angie Le Mar, Humza Arshad, Verona Rose, Toby Williams and Shaun Wallace.

In celebration of this year's Black History Month, We take a look back on some of Britain's greatest comedy legends. Through a combination of archive footage and star interviews, we’ll travel through the comedy years, from Britain's first black comic star, the iconic Charlie Williams, to rising stars of today. We will celebrate genre-defining shows from Desmond's to The Real McCoy and tell the story of Black Comedy Legends that brought laughter to a nation.

This celebration of the work of pioneering stars will draw our focus from their work to the present day to offer an insight into the legacy of decades of comedy talent that has touched the new generation of black comedians who are now shaping the future.

Craig & Danny: Funny, Black and on TV is commissioned for ITV by Satmohan Panesar, Factual Commissioning Editor. and is produced by Big Deal Films. Series Producer is Marina Warsama and executive producers are Dhanny Joshi, Thomas Stogdon and Maxine Watson.

Black History Month will be marked with a collection of documentaries, television series and films celebrating Black British voices. Documentaries in the collection include Mo Farah: Race of His Life, Shirley: The Shirley Bassey Story, Africa and Britain: A Forgotten History and the series Africa presented by Ade Adepitan. TV series featured include all six seasons of Desmonds (1989); the classic sitcom set in a Peckham barber shop, and the second season of super sharp sketch show Famalam (2019). Films including Mike Leigh’s Secrets and Lies (1996) starring Marianne Jean-Baptist and Playing Away (1986), a comedy of manners from Horace Ové starring Norman Beaton complete the collection.

Satmohan Panesar, who has overseen commissioning for Black History Month, said: “These programmes span Factual, Entertainment, and Children’s in an effort to reach out to viewers across the board at all levels. We hope viewers will enjoy the incredible stories, wonderful entertainment and fascinating people they focus on as we look at Britain from a vital and different perspective and celebrate the contribution of black people to Britain’s story, our culture and our lives.”

Two of the original main channel commissions are being made by BAME-led indies and off-screen BAME producers will take on development opportunities as they progress their careers in line with ITV's Step Up 60 initiative.

Panesar added: “Diversity on-screen must be accompanied by a commitment to diversity off-screen, with first time ITV primetime directing credits for Samuda and Hussain and Manton taking the reigns as a new series producer.  We look forward to watching their progress in the industry.”