Whoever you want to reach, we have the audience to match. We’re the only broadcaster to give you the power to target national or local audiences and everything in between.

Reaching 36.8m viewers a week – 61% of all TV viewers, ITV is at the heart of popular culture and we’re proud to be the most watched and most talked about commercial broadcaster in the UK. Whether you’re looking for an emotional drama, a hard- hitting documentary, or a laughter-fuelled entertainment show – we have it covered. Britain’s Got Talent, Saturday Night Takeaway, The Voice, and I’m A Celebrity...Get Me Out of Here! are to name just a few of our stellar family entertainment offerings. Not forgetting ITV’s incredible talent across our shows such as Holly Willoughby, Ant & Dec and will.i.am.

ITV is truly where drama lives. In Spring 2020 from the pen of Julian Fellowes, Tamsin Greig and Philip Glenister star in Belgravia, the incredible new series of secrets and scandals amongst London society in the 19th Century. Joanne Froggatt and Ioan Gruffudd are joined by Katherine Kelly for the gripping second series of the acclaimed thriller Liar.

99% ITV accounts for more than 98% of commercial programmes which attract more than 5m viewers. 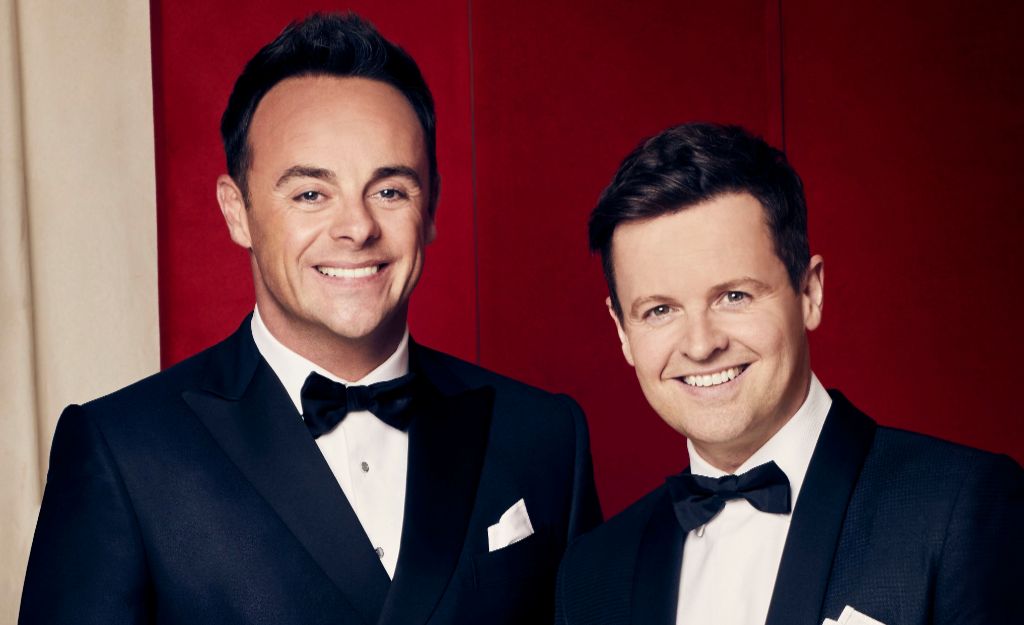 Directed by Stephen Frears, starring Hollywood star, Michael Sheen, Quiz hits ITV in the summer. Portraying the extraordinary and sensational story of how Charles and Diana Ingram almost ‘coughed’ their way to a million pounds on the iconic quiz show ‘Who Wants To Be a Millionaire?’

We’re thrilled to be home to the nation’s longest-running and most popular soap, Coronation Street, which averaged 6.6m viewers in 2019. Not to mention the much loved Emmerdale, the second biggest soap on TV, after beating Eastenders 2 year’s in a row.

2019 was a big year for sport on ITV with the Rugby World Cup bringing viewers all the action from Japan. Overall the 45 matches in 44 days, averaged 2.7m with a 34% share. The England vs South Africa final was watched by 6.4m viewers and was the biggest morning audience on any channel since William and Kate got married in 2011.

We’ll be spoiling factual fans with fun-filled returners such as the return of Gordon, Gino and Fred for their second series, Harry’s Heroes and tear jerking Long Lost Family.

If all that wasn’t enough, our daytime offering is unrivalled too, with more than 1,500 hours of live programming each year on Good Morning Britain, Lorraine, This Morning and Loose Women, followed by our most popular quiz shows, The Chase and Tipping Point.

I’m a Celebrity was the most watched entertainment show averaging 10.6m

Coronation Street was the most watched soap averaging 6.6m

Vera was the most watched drama series averaging 7.9m

Gordon, Gino and Fred Christmas Road Trip was the most watched single documentary with 4.6m v

ITV2 successfully targets those younger audiences that can often prove hard to reach and 2019 proved as successful as ever playing 47 of the top 50 digital programmes for 16-34’s. The channel captures and retains a gender-neutral, mischievous, fun-loving, and brand-conscious 16-34-year-old audience. It reaches 25% of this age bracket in an average week, that’s 3.6m viewers.

ITV2 is home to our premium programming that entertains and pushes boundaries, with an impressive mix of comedy, movies and format entertainment. For the last three years, ITV2 has overtaken its closest competitor, E4, to claim the title of the most-watched digital channel for 16-34 adults. ITV2’s share of voice for this audience grew from 6% in 2018 to 6.3% in 2019, whereas E4 remained at 4.7%.

ITV2 is home to the Seth MacFarlane series’ American Dad, and the famous Family Guy, which both continue to bring in the younger audience late at night, every night. Returning spring 2020 the channel also plays host to Celebrity Juice, TV’s most scandalous panel show with the exceptionally naughty Keith Lemon and team captains Holly Willoughby, and Mel B.

2019 saw the return of Supermarket Sweep and was ITV2’s highest ever 8pm launch with a massive 1.2m viewers tuning in. Across the 20 episodes, it averaged 473k viewers.

Once again, Love Island was the talk of the town in the summer of 2019.

The fifth series was watched by 4.3m TV viewers with an additional 1.3m viewers watching on non-TV devices, bringing the total average audience up to 5.6m viewers. 5 episodes attracted over 6m viewers.

In January 2020 ITV2 said ‘Do one, winter’ as Love Island returned with host Laura Whitmore, and this time it was in scorching South Africa.

ITV2 shows reach high volumes online and on demand – in fact, 105 of its programmes achieved more than 1m viewers in 2019, equalling 2018.

The Home of Reality

ITVBe is the proud home to the best of British originated reality TV programming and a broad and colourful collection of US reality TV programming. The channel features real people with big personalities, in their own environment and gives viewers an inside look into their vibrant and eccentric lives.

9th ITVBe is the 9th most popular commercial digital channel in the UK for both Women 16-34 and Housepersons with Children. 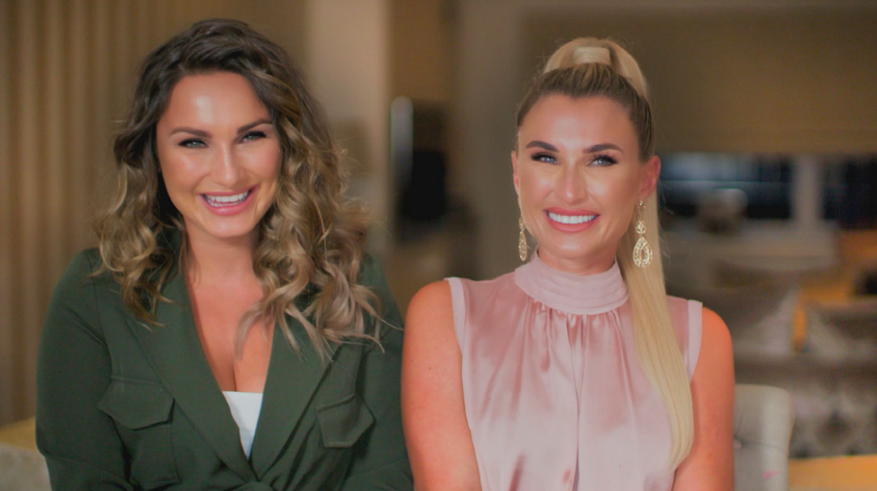 Viewers love talking about ITVBe’s programmes which are filled with many shareable and topical moments. They also enjoy engaging with ITVBe’s talent who use their strong social media presence to drive their followers to the channel.

The Only Way Is Essex continues to be ITVBe’s most popular programme, with an average of 991k viewers watching TOWIE’s 25th series.

Other favourites returning to the channel include Sam and Billie Faiers: The Mummy Diaries, The Real Housewives of Cheshire and Gemma Collins: Diva Forever.

Series 5 of Sam and Billie Faiers: The Mummy Diaries saw its biggest audience yet, averaging 682k viewers. The wedding special attracted 909k viewers, making it the biggest audience for the series ever; 620k tuned in for the 10th series of The Real Housewives of Cheshire; and Gemma Collins: Diva Forever averaged 581k viewers, up on the previous Gemma Collins special, making it one of ITVBe’s biggest new series.

ITV3 is renowned for its great storytelling and timeless drama collections. It targets the desirable 35+ upmarket audiences with an impressive 17% of the Adult population tuning in each week to enjoy long-standing popular drama titles such as Midsomer Murders, and Endeavour.

The channel also features comedy-drama on the Cornish coastline with grumpy but lovable medic Doc Martin, played by Martin Clunes. Plus, our much-loved female detective continues her reign as grande dame of the genre in Agatha Christie’s Marple.

No.1 No.1 digital channel across all time and prime time for ABC1 Adults, Housepersons and ABC1 Women. In 2019, ITV3 achieved its highest share of viewing since 2014 at 2.3%. Growth was primarily driven by our afternoon programmes, including Coronation Street, which has gone from strength-to-strength. In the Coronation Street Slot we are up by +1.11%.

2019 late afternoons also saw success with Downton Abbey. The drama attracted an average of just under half a million viewers tuning in across its 6 series run. The 6th of September saw its biggest episode, attracting an audience of 630k viewers.

Where legends come to life

ITV4 is a haven of sport and action, providing entertainment that is a glorious escape from everyday life.

Going from strength to strength, the channel is made for Men, with a core audience of 25-44-year-old males. 8.6m individuals tune in every week, 4.8m of whom are Men of which 13% are upmarket Men.

5th ITV4 was the 5th most watched digital channel for Men in 2019, holding its position year-on-year. At its heart, ITV4 has some incredible sporting action planned for 2020 including the French Open, the Tour de France, live darts, live snooker, and UEFA Euro 2020.

The channel is also the home of British horse racing. ITV4’s biggest audience came from the final session of the Snooker Tour Championship which was watched by 900k viewers. Plus, 229 of ITV4’s programmes achieved over 300k viewers in 2019.

13% of upmarket Men are reached per week.

CITV is the award-winning channel that inspires and entertains Britain’s children, broadcasting from 6am to 9pm every day. It’s home to the nation’s favourite kids’ programmes.

In 2019, CITV was the second-biggest commercial kids’ channel for children aged four to 12, reaching 58% of Children and 56% of all Boys.

The most-watched programme in 2019 was Mr Bean: The Animated Series, which attracted 239k viewers in November.

However, eleven of CITV’s programmes achieved more than 200k viewers.

CITV continues to show quality kids programming including Robozuna, Mr Magoo and Thunderbirds Are Go. New series The Rubbish World of Dave Spud launched on CITV on the 2nd of September 2019. The series averaged 103k Individuals and 63k Children.

In 2019, CITV had its best performing February half-term ever in terms of share. It was up +20% year-on-year for Children.

Since its launch in 2015, ITV Hub has become the undisputed home of all your favourite ITV programmes and online services. Live streaming of ITV’s six channels is at the heart of the Hub. Available in more places than ever before, it’s somewhere to watch the shows which you already love and discover one’s you missed.

2019 saw another record-breaking year on ITV Hub, as it achieved over 1 billion requests and 710 million hours of TV watched.

ITV audiences can download their favourite shows and watch them wherever they go with ITV Hub+, the ad-free subscription service, which gained 144k subscribers in 2019. The ITV Hub mobile app has also been downloaded on over 36 million devices across the country. The ability to talk directly to our audience has reached new heights – with over 30 million people now registered to the ITV Hub database, including more than half of Britain’s 16-24s. ITV is now routinely speaking directly to individual viewers through the database using both email and mobile push notifications.

The 30 days catch up will now be supplemented with series-stacking rights for our key dramas, as well as exclusive box sets, premieres and a select amount of Hub-only exclusives.

The enriched browser experience across desktop, mobile and tablet means that in 2020 brands are now able to expand on our platforms and reap the benefits of a greater design and user experience. A range of new innovations on ITV Hub means there’s no better VoD platform to advertise on.

We love to chat

What’s the magic formula for ensuring TV partnerships are a success?

How can sponsorship bring brands to life?

How can you maximise your partnership to generate the most value for your brand?

For the Love of VOD

Who are the viewers? Why, where, when, and what are they watching?

We love to chat